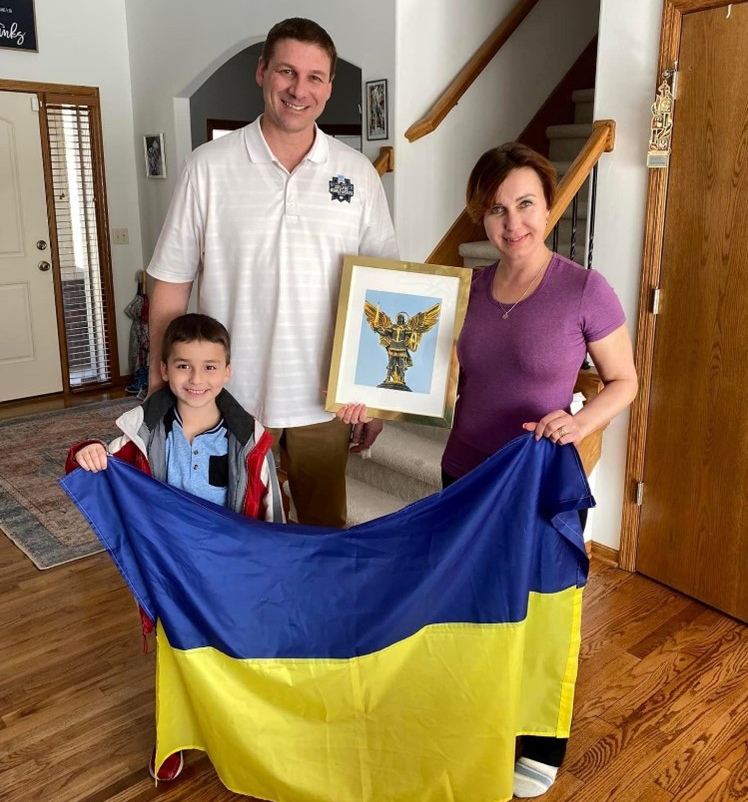 St. Michael the Archangel is at the heart of a fundraiser for the people of Ukraine, organized by an online group that prays the rosary daily through the Zoom (https://catholicvoiceomaha.com/begun-during-pandemic-virtual-rosary-has-helped-participants-weather-lifes-ups-and-downs/).

For a suggested minimum donation of $50, people can purchase an 8-by-10 photo (11–by-14 with the frame) of the St. Michael statue that stands prominently in Independence Square in the capital city of Kyiv. A portion of the donation will cover the cost of the image, with the rest going to relief and recovery efforts. 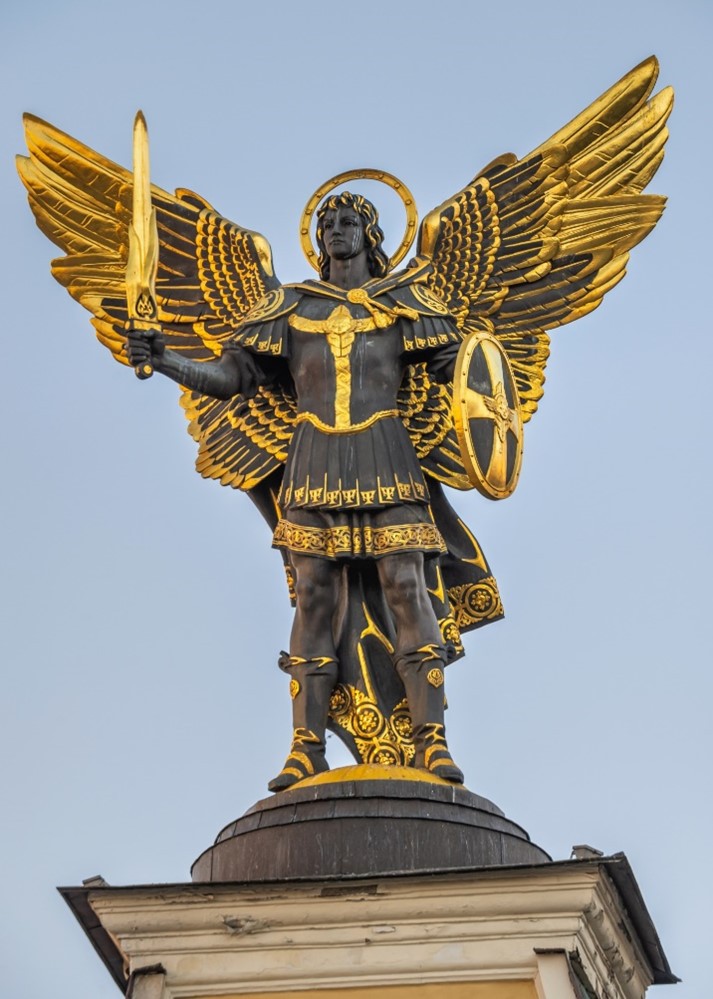 The photo can serve as a reminder to pray to St. Michael for the protection of Ukraine, said Scott Aurit, a member of the online prayer group.

We framed this picture and Andrew wanted to hang it on a wall in his room so he can look at it as he falls asleep each night. We also gave a framed picture to our next-door neighbors (Olexiy, Svitlana, and their two sons), who departed Ukraine shortly after the first invasion in 2014.
<READ MORE>
© Knights of Columbus | Knights For Ukraine 2022.